10 Fun Facts about Lanzarote You Did Not Know About

Lanzarote has a lot to offer to its visitors. But, we are sure that you did not know about the curious data we tell you below. Today, we will discover 10 secrets of the Volcanoes Island.

Formed when sea water flooded an old volcanic crater, the water is green as a result of algae (Ruppia-Maritima) in the water. There’s a vibrant green mineral called olivine founded around the lagoon making popular with geologists and jewellery makers. If you take a stroll around the lagoon you can find your own olivine! 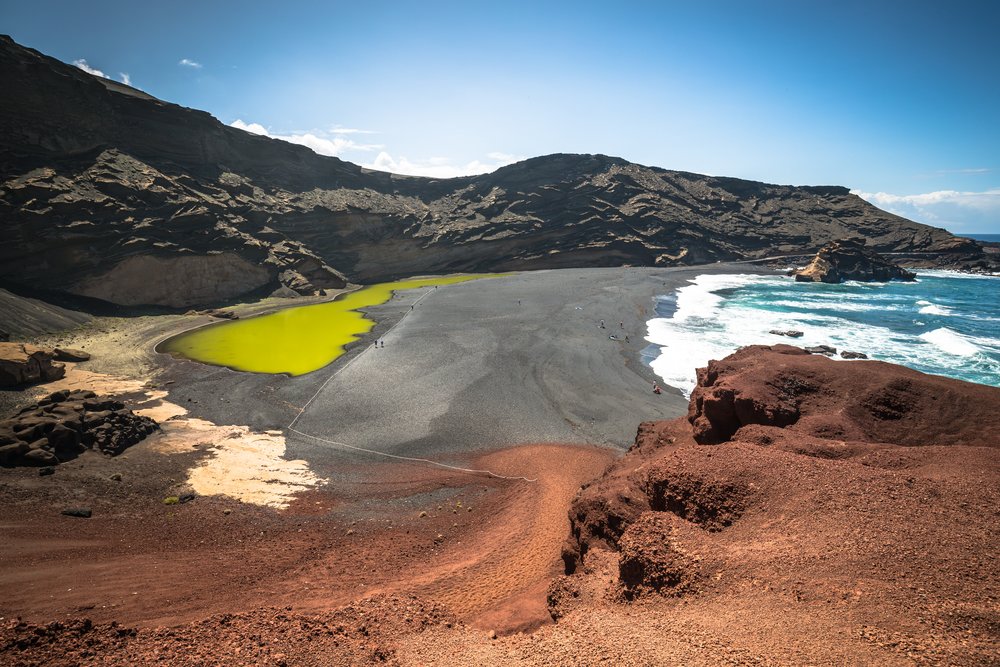 The valley of Haria, not quite a thousand palms but it is a beautiful sight! Why so many palm trees? Historically, palms were planted when children were born in the town, two for a boy and one for a girl, eventually filling this gorgeous valley with lush greenery.

Most people know that Lanzarote has a large number of volcanoes. However, it is actually the least mountainous of all the Canary Islands. 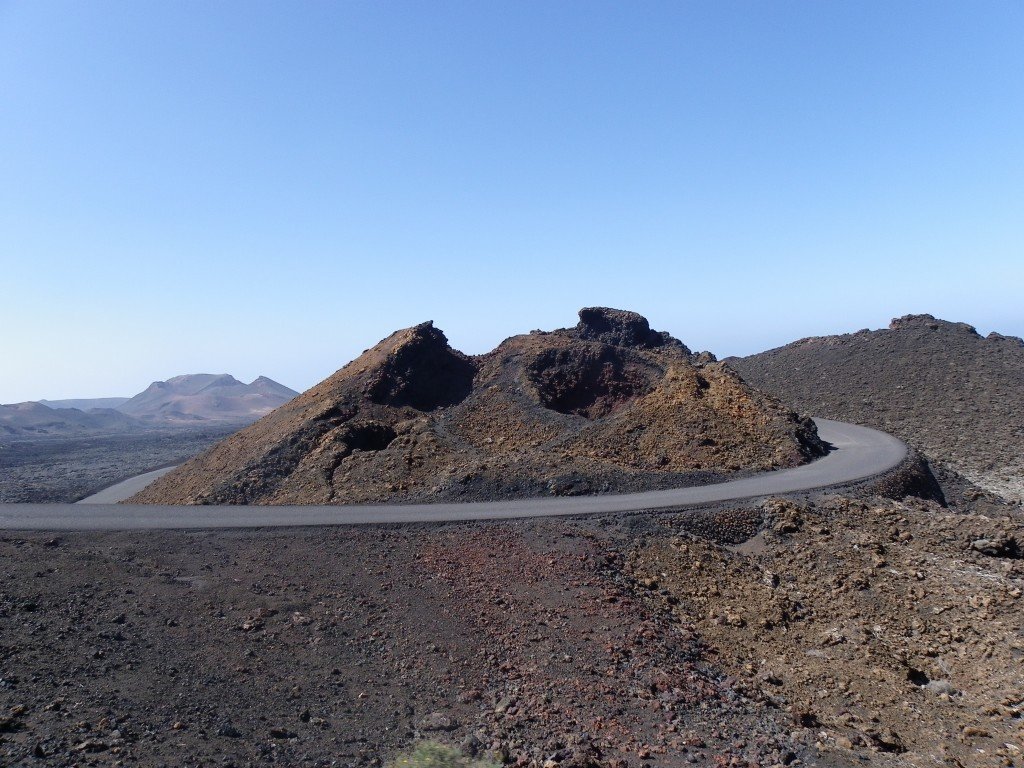 4.      Steaks and fish are cooked on volcanic rock

Lanzarote’s Timanfaya National Park is in the heart of the area affected by volcanic erruptions in the 1700’s. The amazing volcanoes and surreal lava fields are a must see. One of the most interesting things you can see and experience is the cooking of steaks and fish on layers of volcanic rock heated by the lava underground. A demonstration of the geothermic activity is performed by throwing water into the ground resulting in a sensational geyser of steam!

Timanfaya National Park is said to truly reflect the surface of the moon, so much so that photos of the area were studied by Apollo astronauts before going to the moon so that they could get an idea of what they might encounter.

Lanzarote’s landscape is so striking that it has been used as the setting for a large number of films. Blockbusters such as Dinosaurs Ruled the Earth and Journey to the Center of the Earth were both filmed on Lanzarote. Popular television series such as Doctor Who and Search for Treasure Island also featured the stunning backdrop of Timanfaya National Park.

The Jameos del Agua, designed by Cesar Manrique in and around what was an enormous lava tube is a striking combination of geology, architecture and design. Within the cave there’s a natural lake of crystal clear waters home of the famous blind albino crabs (Munidopsis polymorpha) that dot the rocky floor of the lake. Known as “Jameitos” these unique crabs are the symbol of the Jameos del Agua. 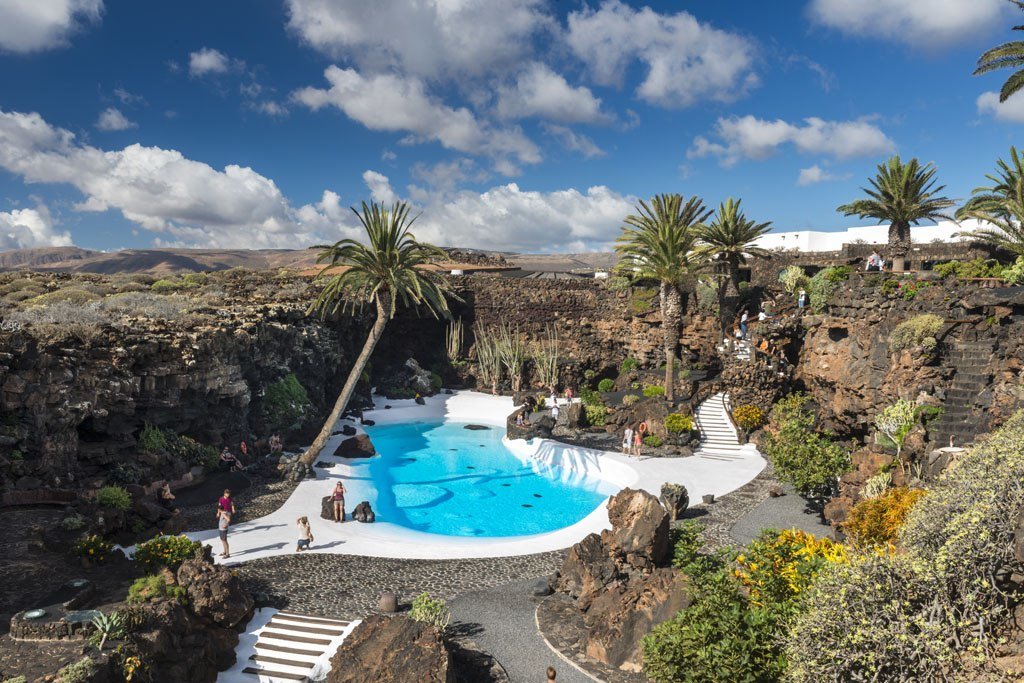 In the early 1970s actor Omar Sharif filmed The Mysterious Island in Lanzarote. He visited LagOmar, a stunning private property in Nazaret, enchanted by it he bought it. Sadly, he allegedly lost the house in a card game!

A parasitic, wood louse type insect the Cochineal is used for the production of natural dyes. It feeds on the leaves of prickly pear cacti that are expressly grown for its cultivation in Lanzarote´s northern villages of Mala and Guatiza. The plant was introduced mid 19th century to supply the European textile industry with dyes and was the key to the island’s economy until synthetic colourings were introduced and the market collapsed. Cochineal dye is non-toxic and whilst no longer produced on a large scale in Lanzarote, is still widely used for a range of products including lipsticks, sweets, toothpaste and of course, Campari!

In the early 1900s salt was a booming industry on the island however when freezing facilities became widespread, demand for salt rapidly declined and most of the island’s salt pans closed down. Only one survived, the Salinas del Janubio; located on the southern tip of the island it is now a popular tourist attraction. Salt is used by locals to create the salt carpets to celebrate Corpus Christi. 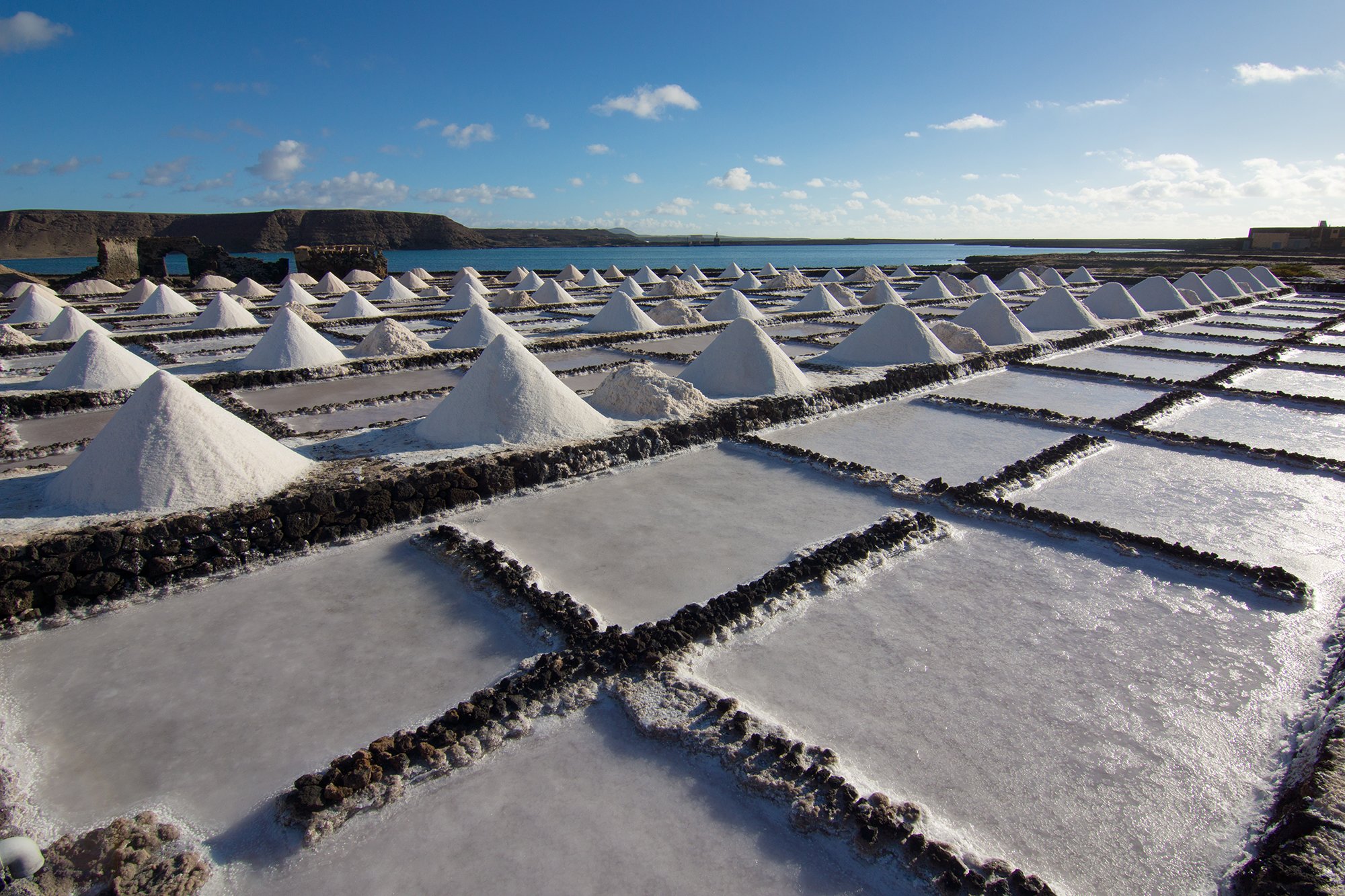